I think it’s a pretty common thing to adopt voices and create play time norms when trying to entertain your child. I have found that in these past few weeks (since Zoe received some awesome toys for Christmas) that we have pretty much developed a whole show, complete with diverse characters and voices. This plays well to my absolute joy in singing - thank goodness Zoe doesn’t seem to mind how dreadful I am at it - and being goofy. It’s also helping me with my rusty Spanish, as I use this time to only speak to her in Spanish.

This is the main show, and what kicks play time off. It’s hosted by Uni el unicornio and Ellie la elefante. It’s opening theme song is, oddly, the only thing sung in English, and the show usually focuses on learning something new. We’ve talked about the various feelings one may have, seasons, animals, etc.

This is pronounced “uu-knee”, and they are, perhaps, Zoe’s favorite. Uni is non-binary, frequently switches between masculine and feminine (if you’re unfamiliar with the gendered system in Spanish, here’s a quick intro), and is the co-host of the “Zoe’s Toys” show.

Ellie is the other co-host of “Zoe’s Toys” and has one of Zo’s favorite features: crinkle ears (they have an extremely satisfying crinkle). She is frequently excited and shows it with her pull-ring vibrate function.

Rudy is the most affectionate of the bunch, with his Uber soft texture. He has his own song, and gives Zoe lots of love. He always asks for permission first, though, before giving kisses. Sometimes Zo is in a great mood and is good with kisses, and sometimes not so much, to which Rudy always responds, “ok, no problema!”

Soy Rudy!
I am Rudy

Te doy besos
I give you kisses

Zoe, está bien si te dé besos?
Zoe, is it ok if I give you some kisses?

This dramatic penguin’s name is pronounced, “gwee-no,” (derived from the Spanish word for penguin: pingüino). He is the newest addition and also has his own intro song. He has little bells in him, so that when he moves he makes all sorts of xylophonic sounds. I envision him as a man of the theater, who loves the finer things in life and to be a bit extra.

Me encanta cantar
I love to sing

Me encanta bailar
I love to dance

Soy Güino, el pingüino, el asombroso
I am Güino, the penguin, the amazing

Y me encanta cantar
And I love to sing

This was also a new addition, and is a song I sing to Zoe. I made it up at play time, but now it’s just my song to her:

Besos y abrazos para ti
Kisses and hugs for you

Y te los daré para siempre, baby
And I’ll give them to you always, baby 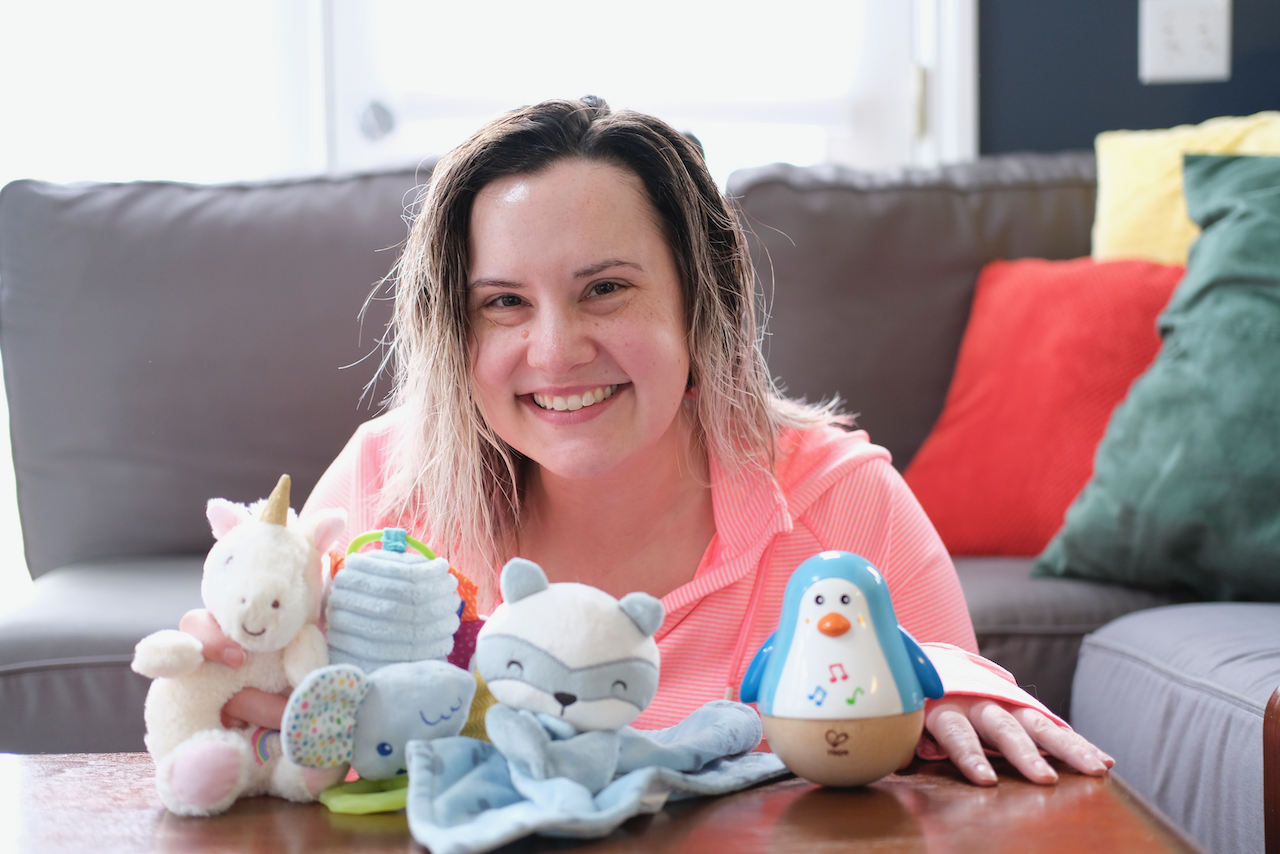